The BellaRex camera is a Moultrie 880i.  We had it set to take 30 second daylight videos and 20 second night time videos.  It took over 200 videos during the life of the batteries.

We discovered that all of the Moultrie cameras had a firmware problem when switched to video mode.  It artificially 'zoomed' the video, which was different from photo mode.    While we would normally appreciate a zoomed video, the 'eye' which triggers the camera ended up being much wider than the lens could capture.  As a result, it missed many animals that it would have captured in photo mode.  For example, the camera just across the trail got this stunning image of Jaguarundi: 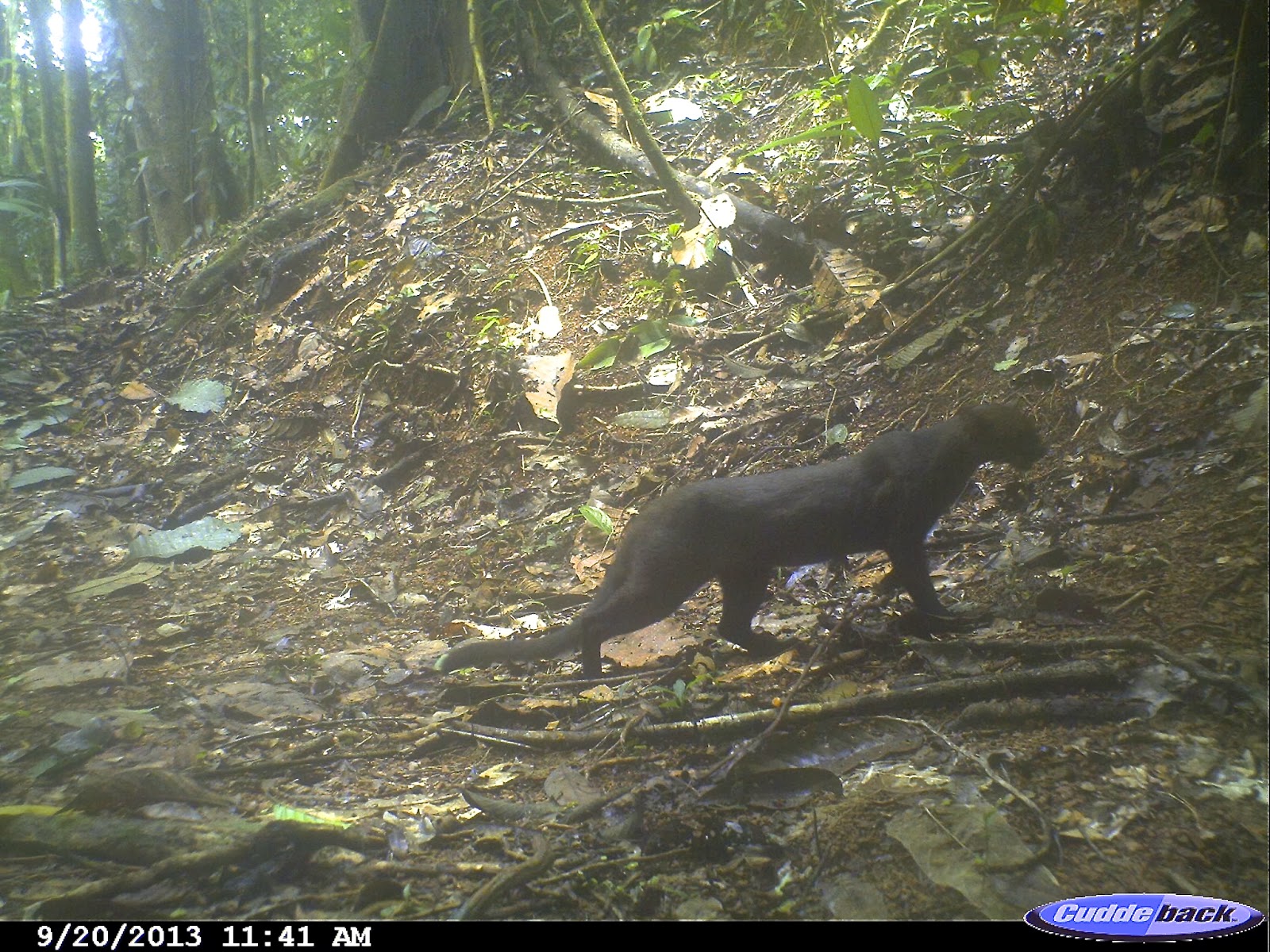 We have matched up the time and date and discovered that the BellaRex camera was triggered by the jaguarundi, but it was just off screen left.  We would have had a nice 30 second video of this cat close up.  Oh well...

The camera still ended up with some nice highlights of ocelots, tayras, curassows, a hawk, and tail-less Spiny Rat with a baby that had a tail.

The camera's firmware has been updated and it's rolling now up on a high trail.

Below is the compilation video.  Note: it has natural sound.

If you have any questions or comments, please leave them in the comment section below.

The technology exists to receive live(+ 3 minutes) text or email images from the new 2014 model cameras.  Contact me at OchoVerde@gmail.com if you are interested in participating in this type of project.

Posted by Ocho Verde Wildlife at 11:01 AM