Hello Instant Wild!
WOW.  I have been working on this since September and just now finished!

When we arrived back in the States and had a chance to view all the images and we saw some interesting items worth sharing.  Before our cameras were activated by Instant Wild, we received our first image outside of Costa Rica as shortly after we landed in Miami. 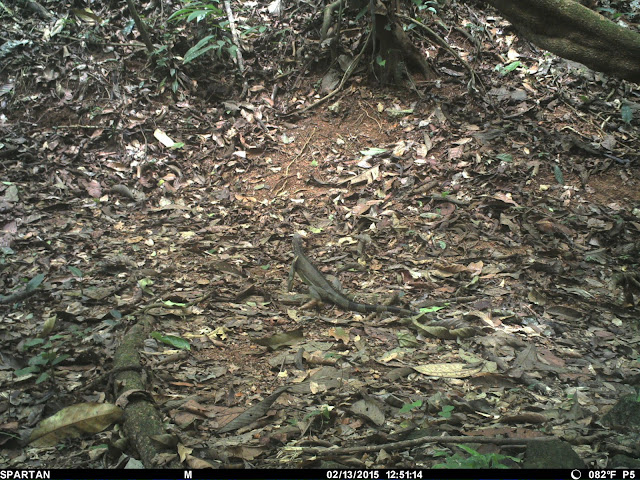 It is a Green Iguana, but check out the below video from the companion camera nearby, seconds before it stopped in front of the Spartan cam.(maximize screen)


This camera was triggered 362 times and recorded 724 images to the card.  We think that we received around 300 images via Instant Wild. The images not received were likely due to lack of cellular network availability.

We'll try to unravel a few mysteries by showing images from companion cameras and companion images.

On Valentines Day this image of a Tayra came through: 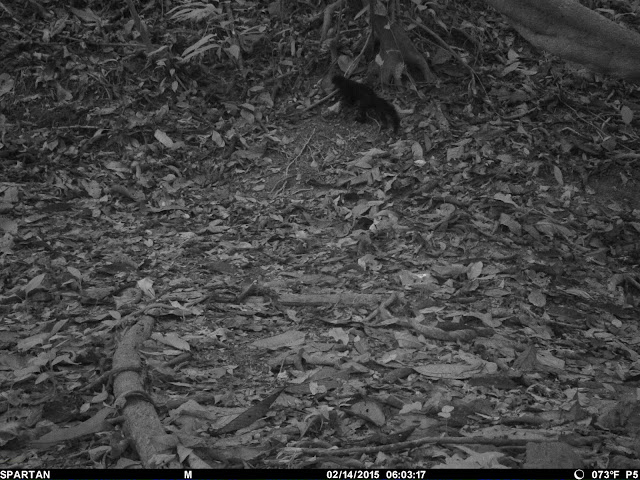 However, what we don't see is that there were two other Tayras traveling with this one.

This image led some to think that we had a well fed black labrador roaming the property... however the previous companion image shows that it is a Tayra. 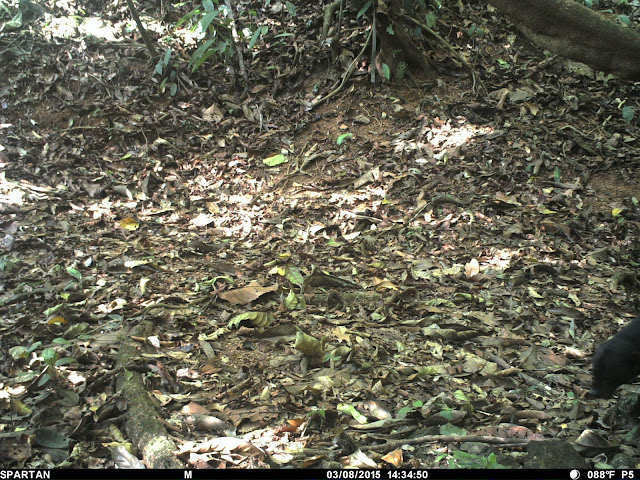 This tail led us to much speculation as well: 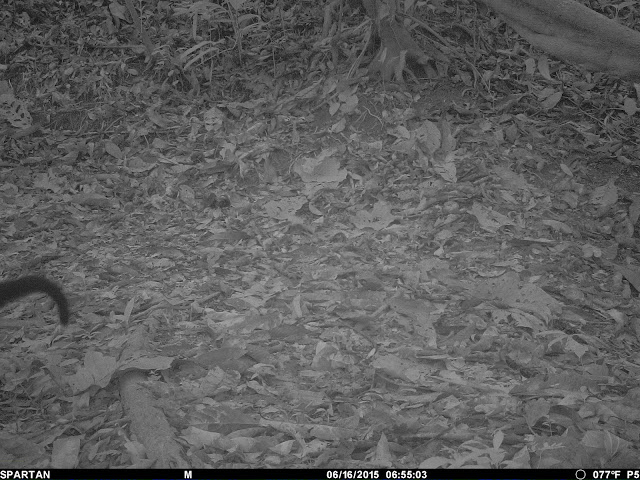 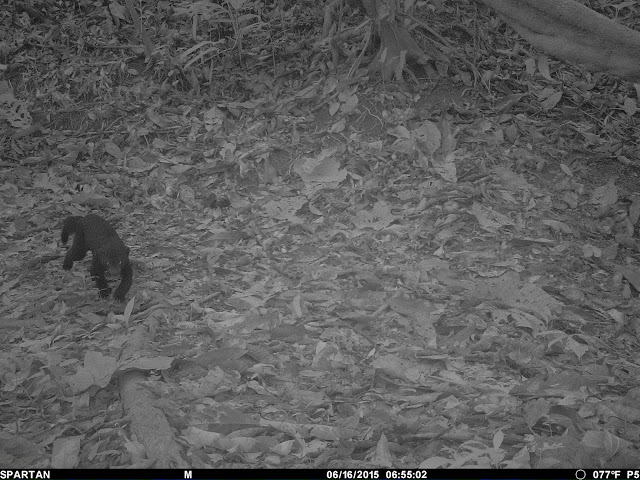 So did history repeat itself when this image came through? 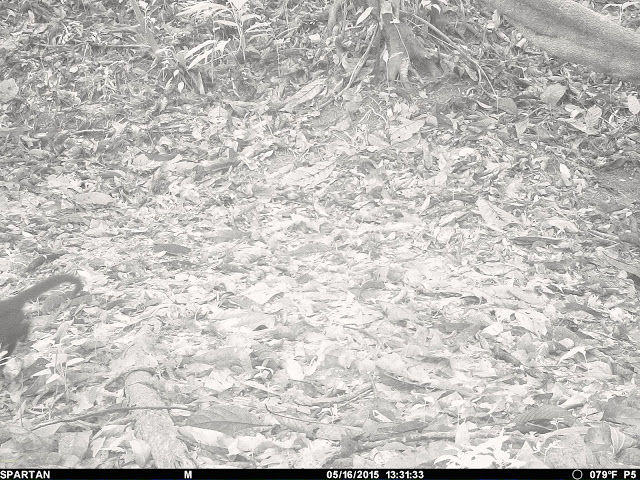 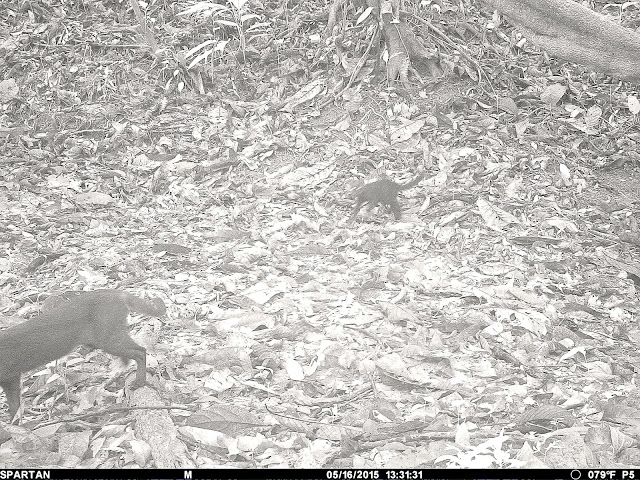 Of course not.  This is a Jaguarundi with a kitten. 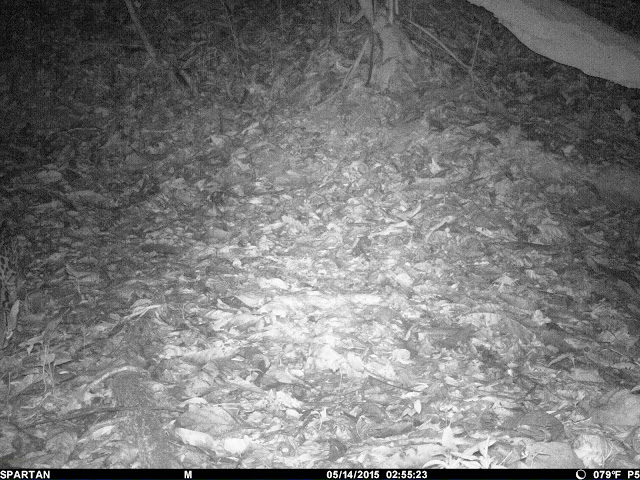 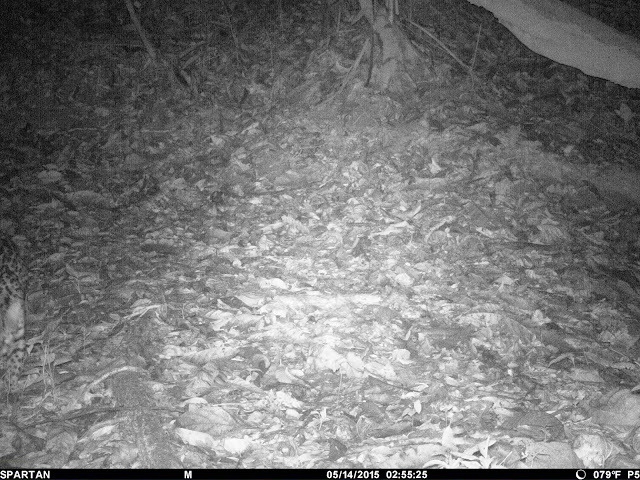 We saw one Capuchin monkey on this camera, however here is the companion image. 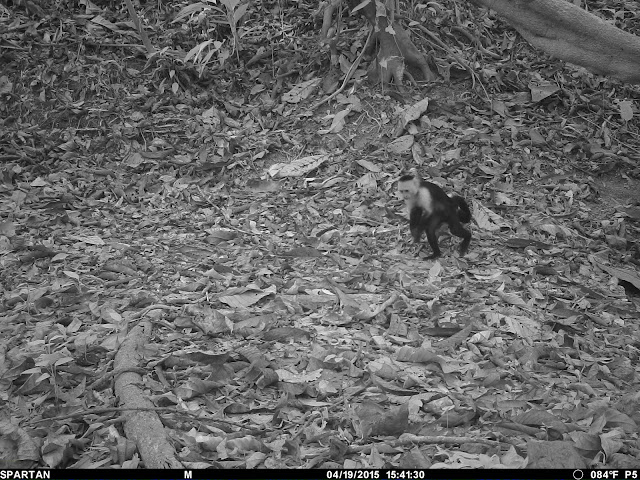 The other camera at Tres Hermanas was triggered 287 times and generated 574 images.

The next series of shots were either missed or completely unidentified.


We had a companion camera not far from the wireless camera.  It helped solve our mystery:

During our last visit we were kept up half the night by very close by barking dogs.  As several cameras later revealed, it was 3 paca poachers and we believe that they were unsuccessful.  They did remove two color video cameras and tweaked a few others to let us know they could have done more.
We tried to find them, not necessarily to prosecute them for trespassing, but to ask for the cameras or memory cards back.  It would be fine with me if they actually used the cameras on other land to help map the animals in our area.  Best we could tell, was that they were not from our immediate area.  They looked like a dad and his two teen age sons out for adventure. Ocho Verde appreciates the contributions for new cameras from some Instant Wild regulars.  We will deploy them on our next visit.

Recently, our Tre Hermanas camera has failed.  We inexplicably ran through a set of lithium batteries in 10 weeks, then another set in 10 days.  This is a sign of either bad batteries or camera failure(which we expect that it is), so we don't expect to have it back up until our visit next month.

On our next visit, we hope to add one more wireless camera and update the firmware to help with image quality.

Thanks for following along,
OV-Frank


Posted by Ocho Verde Wildlife at 4:49 AM No comments: