Why did an Ocelot Carry a Live Rat for such a Long Distance? Mystery solved!

January 13, 2020.  I was dead tired from an all day expedition to find rare sea snakes out on the Golfo Dulce.  Falling asleep early...I never noticed the emails that had come in just after dusk.   When I woke up to howler monkeys at 4:45 am....I checked my email....I had two photos send from our wireless cell cameras to our e-mail account. The first email had this photo: 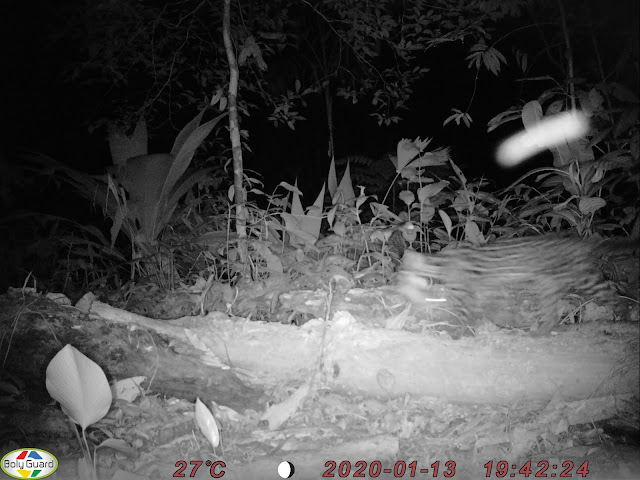 Ahh...Ocelot!   Cool....We had seen plenty of them over the years...Its always a treat.....however...there was something more to the picture than just an Ocelot.  Even with motion blur of the photo, I could clearly see the distinct eye-shine of a prey animal.  The Ocelot had a meal! 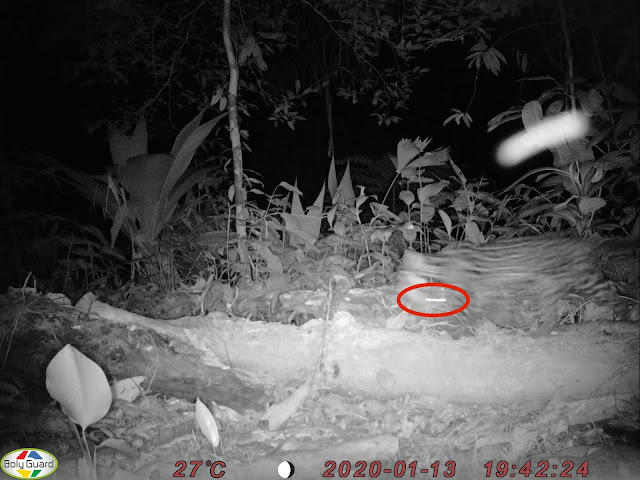 I made a mental note and moved onto the next e-mail image that had come in a few minutes later.  I recognized the location as a few minutes up the trail from the first Ocelot image.  And there  it was again, the same Ocelot.
Yes...she still had that prey item in her jaws.  Well that was very interesting that she had followed the trail.  I had other non-wireless cameras positioned before the first image and after the second image.  They were only still cameras, but perhaps I could figure out where she caught her dinner and where she was going with it.

I decided that when the sun came up, that I take a walk on our Loop trail and check the pictures on the cameras and see what turned up.

This is what I saw: 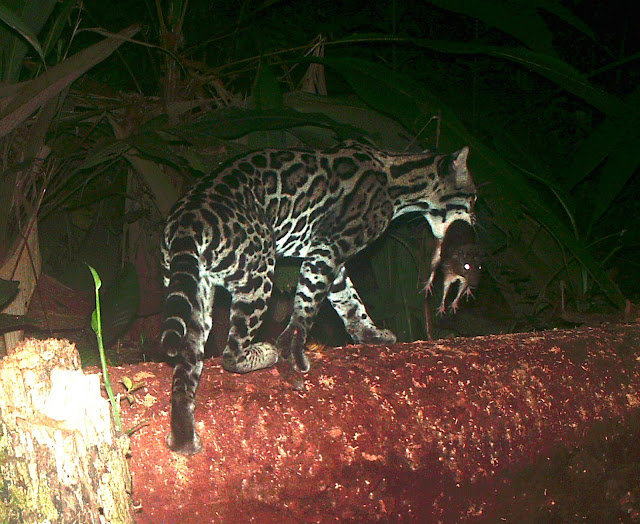 That's our cat with her rat, a Tome's Spiny Rat.  Outstanding!

But wait a minute...that rat is alive. Of course, I asked myself a question...why would she be carrying it away from the capture site and why would it be alive.  I could not answer for a few more weeks and I checked the cameras once again.

In the meantime I had retraced the steps the Ocelot had taken with her prey.  The color photo was first, followed by the eye-shine photo and ending up with the cat in what we call Asper Creek.
Here was the order of her travel:

Yes, the times were off a little bit and it was then I learned that cell cameras are as accurate time keepers as other cameras.  This was backed up by the times that I received the emails.

After I had collected the memory cards from the cameras again it became apparent as to why she was carrying a live rat for a distance of several hundred meters and risk dropping it or something worse along the way.    She had a Kitten! 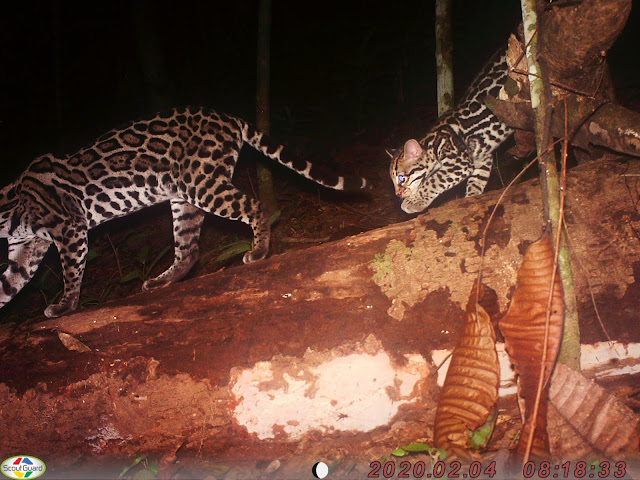 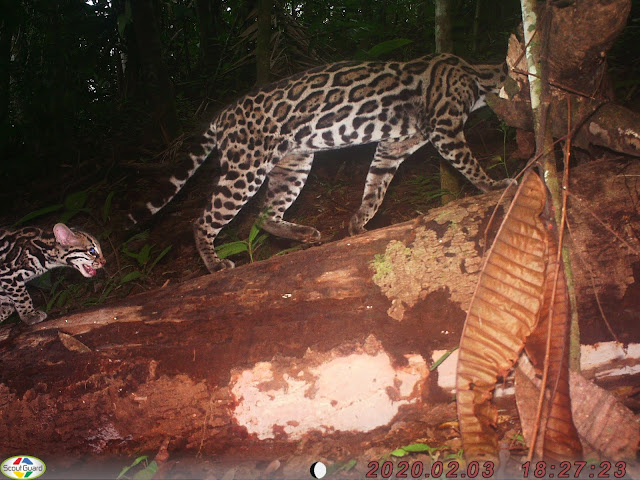 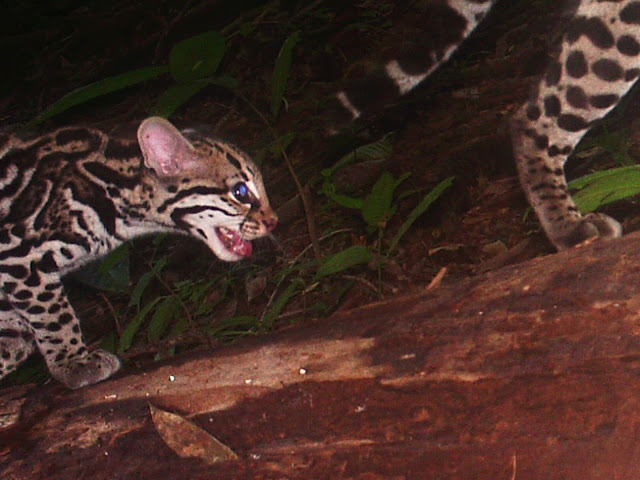 The mom was an Ocelot that we had seen for almost five years on the property that we named 'Chere'.  We have seen Chere with several young over the years.  We are happy to see that her latest looks very robust with nice fat paws( called a mani gordo in Costa Rica).  In the coming months we look forward to sharing more pictures and some videos here and on our You Tube Channel.

Chere's last kitten was in quite a few videos, including these classisc:

Thanks for visiting and watching the videos...we'll see you next time.

Frank
Posted by Ocho Verde Wildlife at 12:10 PM No comments: